Create your own eye pins with the 1-step looper plier from The BeadSmith. This tool allows you to trim and loop ready-made eye pins. You can even create eye pins in one motion! If you want to create custom length eye pins, you can do that, too! This tool works with precious metal wire, craft wire and copper or brass core wire. It bends and trims wire between 26 and 18 gauge in thickness. The looper will create a closed loop on wire 20 gauge or thicker, but it will leave a slight gap in the loop when using gauges thinner than 20 gauge. The 1-step looper is the perfect way to create professional-looking jewelry in no time! In order to know if the 1-step bead looper really makes jewelry making faster I decided to re-make this pair of earrings. I originally made them and gave them away but wanted a pair of my own.

While I didn’t set a timer or anything I can tell you that it probably took me a good 45-60 minutes to make those earrings with all of the little loops involved. I watched the handy video on the Beadsmith website and got right down to work.

Want to know how long it took me to make all of the beaded loops for a second pair of earrings? About 15 minutes.

And that was with the learning curve. I love that the Beadsmith 1-Step Looper has a spring action handle so it’s easier on my hands. I’ve worked on projects in the past where my hands hurt the following day from making so many loops. I also like that it’s the only tool I need to make a loop. No switching from one pair of pliers to another to another while making loops.

One thing I did note though is that if you are working with crystals you don’t want to push the crystal too close to the tool prior to creating the loop. When the tool closes it can crunch the crystal a little bit. If you look at that action on the video you can see what I mean a little better.

I think that lots of people with a bit of arthritis that have just about given up on jewelry making are really going to fall in love with this. Honestly.

Disclosure: No affiliate with Beadsmith, tool was purchased with individual funds, and links above are affiliates. You support CTD with your purchase. Thank you! 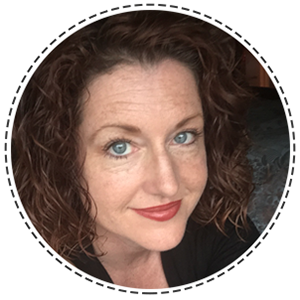